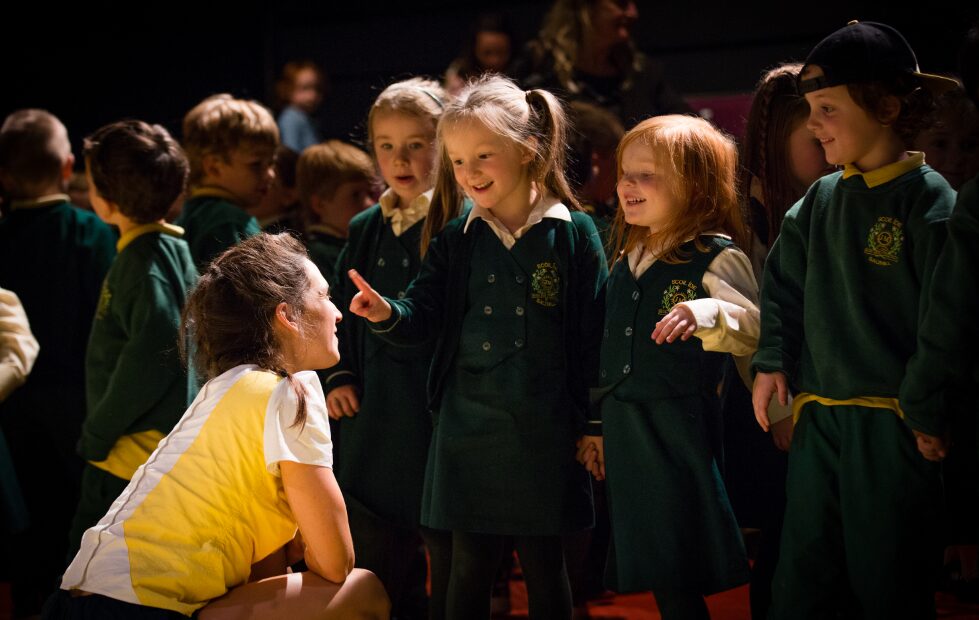 We believe that very often two minds are better than one. We like to explore new ideas, question norms and explore new creative possibilities, especially in the arts for young audiences.

Baboró works with like-valued people on collaborative projects. We are involved in creative partnerships at home in Galway, all over Ireland, in Europe and beyond.

We remain open to collaborating with new partners who share our values, passion and ambition in the sphere of creative arts for all children. 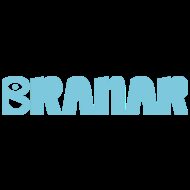 Baboró and Branar Téatar do Pháistí are two Galway organisations who share a passion for excellence in children’s arts provision in Ireland and are committed to aiding the development of emerging artists. The two companies frequently collaborate to bring quality performances to Galway’s young audiences.

Branar is currently an Associate Partner to Baboró, alongside NUI Galway, on a Creative Europe project called MAPPING. Branar created a new early years work entitled "Rothar", with co-producers Baboró and NUI Galway, as part of the 18 partner project. 'Rothar' premieres at Baboró festival 2021, followed by a European tour.

As part of the Small size - performing arts for early years (2014-2018) project, Baboró and Branar co-produced a brand new show for 3-6 year olds entitled, "uoo, mee, weee!", a humorous tale of finding your feet and having the courage to be different. The show featured actors Neasa Ní Chuanaigh and Jay Ryan, with original music by Micheal Chang. Co-directors were Lali Morris and Marc Mac Lochlainn.

Branar is also a partner on Baboró's artist support programme, Pathways to Production. 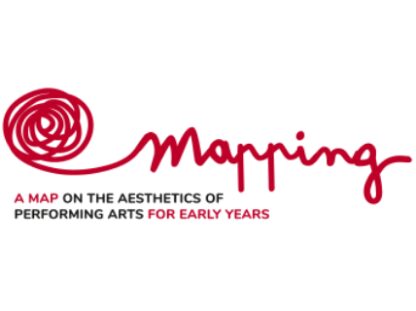 Mapping is an artistic research project focused on creating a sensory-based relationship with very young children, from 0 to 6 years, through performing arts. In particular, it explores the idea of “children-spectators of today and not only of tomorrow.”

The partnership of Mapping spread across the entire territory of the European Union, involves 18 partners from 17 European countries:

Mapping is in collaboration with Small size (Network for the diffusion of the Performing arts for Early Years) and ITYARN (International Theatre for Young Audience Research Network). 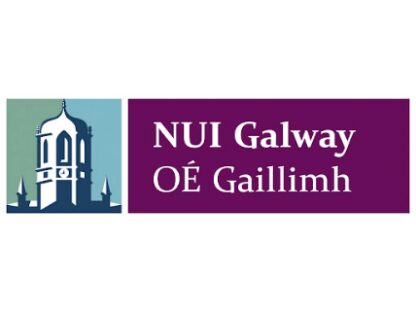 Baboró and NUI Galway have shared an enduring partnership since the festival’s inception in 1997, with the university hosting Baboró events almost every year. Baboró is connected with multiple NUIG courses, welcoming students for placements, encouraging students to volunteer with the festival at the ALIVE NUI Galway Volunteering Fair, and accommodating student groups as part of the festival performance and creative engagement programmes.

In 2013 Baboró developed a module – The Value of Arts and Aesthetics in the Early Life of Children– in conjunction with Dr. Cormac Forkan, Programme Director for the BA Youth and Family Studies at UNESCO Child and Family Research Centre, NUI Galway. The module offers different means of exploring the extrinsic and intrinsic importance of arts in a child’s early years. The students attend Baboró Festival events and take part in post event reflections and de-construction.

Beginning in 2012, Baboró and NUIG collaborated on BEAST! - Baboró: Environment, Arts Science and Technology, a three year study in conjunction with the Ryan Institute and the Child and Family Research Centre at NUI Galway. In April 2016 Aislinn O’hEocha, Executive Artistic Director with Baboró and Dr. Lisa Moran, UNESCO Child and Family Research Centre, NUI Galway presented a summary of the BEAST! findings as part of the Arts in Education Portal National Day Programme 2016. You can learn more about the project here. 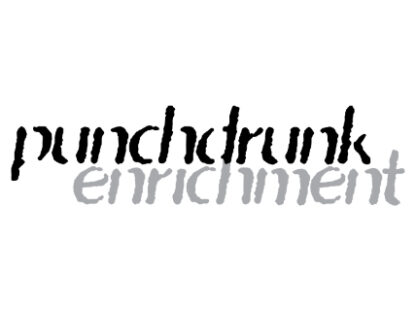 Baboró and Punchdrunk Enrichment, a charity creating transformational theatre for education, community and family audiences, established a new three year artistic partnership in 2021. As a first step in this partnership, Baboró will deliver Punchdrunk Enrichment’s A Small Tale: A Teacher-Led Adventure to 15 Irish primary schools in 2021. A Small Tale is an innovative teacher-led storytelling experience for primary school children that aims to ignite and inspire a passion for writing whilst raising standards in reading, speaking and listening.

The partnership will include teacher training for at least 15 teachers per annum, plus training for two local artists who will be immersed in Punchdrunk Enrichment’s practice and work with teachers and schools in the delivery of the programme. Two Galway theatre makers, Eileen Gibbons and Sorcha Ní Chrónín, are working with Baboró on this special project. 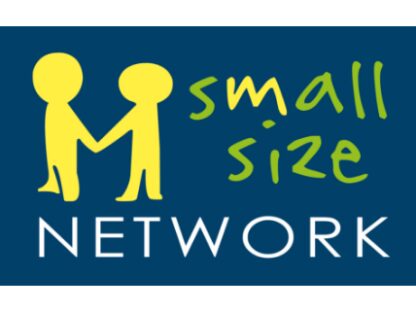 The Small size Network was founded as an Artistic International Association in 2007 with the aim to widen the performing arts for early years (0-6 years). The Association promotes training, documentation, artistic events and partnership programs. Since March 2013, the Network has been a member of ASSITEJ International. Its purpose is to spread the exchange of ideas on performing arts for early years (0-6 years) throughout the world, creating a platform for knowledge and practice exchange in which partners can work together on the development and promotion of projects, events and initiatives for young children and their families.


There are 91 members from 5 continents and 35 different countries.

This annual event takes place over the last weekend of January, entailing three days dedicated to performances, workshops and other activities for children from 0 to 6 years.

Partners for this project met once a year in a partner city to see work, explore creative processes, workshop, network and share ideas. The work was presented at ‘Wide Eyes,’ a showcase of new works hosted by Baboró. Find out more here.

Baboró was invited to partner with eleven European countries to research, develop, disseminate and present cultural activities for Early Years (0 to 6 years). To mark the culmination of the project, the Small size partners presented new work and hosted discussions and symposia in the city of Newry as part of the Small size Final Event in 2014. For more information, see the Small Size, Big Citizens website. 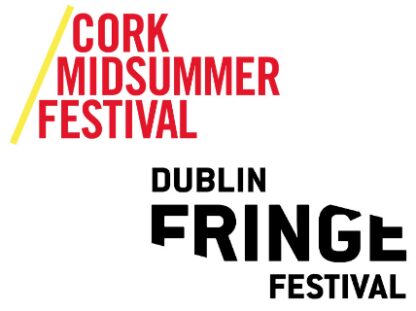 TRACKS is a network of festivals committed to co-commissioning and presenting dynamic artistic works for children and young audiences. The partnering festivals are Baboró International Festival for Children, Cork Midsummer Festival and Dublin Fringe Festival.

Cork Midsummer Festival is an annual multi-disciplinary arts festival that uses the city as its backdrop and inspiration. It provides high-quality arts events, both national and international, for audiences of all ages. Its programme provides opportunities for significant public participation and engagement, supports the development of emerging artists across all artforms, and provides a unique platform for work by local and national artists.

Dublin Fringe Festival is a curated, multi-disciplinary festival and year-round organisation focusing on fresh and innovative approaches to the arts from Irish and international makers. It is a platform for the best new, emerging Irish arts companies and a showcase for the finest international contemporary performing arts. For artists, Fringe facilitates opportunities to innovate, to cross boundaries and strengthen the conditions in which they work. For audiences, Fringe is the place to discover meaningful, exciting and unforgettable cultural experiences.